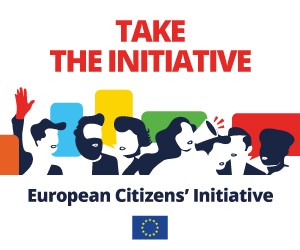 The Treaty on European Union establishes citizenship of the Union. The Union's citizensare granted the right to approach the Commission directly with a request inviting it to submit a proposal for a legal act of the Union for the purpose of implementing the Treaty.

Regulation (EU) 2019/788 of the European Parliament and the Council of 17 April 2019 on the European citizens’ initiative replaced Regulation (EU) No 211/2011 as of 1 January 2020.
The Regulation (EU) 2019/788  aims to make the European citizens' initiative more accessible, less burdensome and easier to use for organisers and supporters, and to strengthen its follow-up in order to achieve its full potential as a tool to foster debate. It should also facilitate the participation of as many citizens as possible in the democratic decision-making process of the Union.

The European citizens’ initiative contributes to enhancing the democratic functioning of the Union through the participation of citizens in democratic and political life, as it represents a form of public participation in European public policy making.  Regulation (EU) 2019/788 establishes the procedures and conditions required for an initiative inviting the Commission, within the framework of its powers, to submit any appropriate proposal on matters where citizens consider that a legal act of the Union is required to implement the Treaties. An initiative is valid if it has received the support of at least one million citizens of the Union from at least one quarter of the Member States (and if in at least one quarter of the Member States the number of signatories is at least equal to the minimum number set out in Annex I of the Regulation, corresponding to the number of the Members of the European Parliament elected in each Member State, multiplied by the total number of Members of the European Parliament).

The Act on the Implementation of Regulation (EU) No. 2019/788 of the European Parliament and the Council of 17 April 2019 on the European citizens’ initiative establishes the competent authorities, verification and certification of the appropriate security and technical features of the system of online collection of statements of support, the procedure of verification and certification of the statements of support, and contact points for free-of-charge provision of information and assistance to groups of organisers.

The Ministry of Justice and Public Administration is the authority competent for issuing the certificate of compliance of an individual online system for collecting statements of support is with the Regulation. The certificate is issued based on a prior verification of the compliance of the online collection system by the Information Systems Security Institute.

Under the Regulation, the possibility of using individual online collection systems is provided for initiatives registered in accordance with the Regulation by 31 December 2022. Upon expiry of this deadline, there will be no possibility of using individual online collection systems. Instead, the central online collection system, established by the Commission, will be used.
The Ministry of Justice and Public Administration is the Croatian competent authority for coordinating the process of verifying statements of support and certifying the number of valid statements of support.
The Personal Data Protection Agency is competent for supervision over the implementation of the Regulation in the field of personal data protection.
This site uses cookies to enhance your browsing experience and functionality of the website. You can change your cookie settings in your Internet browser. For more information on cookies, how we use them and how to disable them, click here. By clicking  "OK” you agree to our use of cookies.